skip to main | skip to sidebar

What day is it? Are you sure??

.
I have not fallen off the earth... it's just that some things are more important than blogging (The crowd gasps).

Class is moving along briskly, with no great challenges yet. Truth is, we haven't given them any room to screw up so far.... that comes next week. At first blush, we have a normal class for us. That means a few stars, a few heartbreaking challenges, and a bunch of normal kids. We shall see....

Ed-Psych class.... looks interesting. I shall have to pick a mental illness for a presentation, and had planned to observe my students before making the choice. I see no point wasting all that research time, when I could be looking up something useful right now. The problem is... all my normally weird students have normal weird issues, and they have already been chosen by other Ed-Psych students. The one interestingly weird student has something going on that I haven't even found a name for yet. Weird as in.... Oh, never mind. TMI for a public blog.

As for the rest of life... the store and the old fart are chugging along at their crippled gait. I work some evening there now, and he does the rest. So far so good, at which I am substantially surprised. I would not have bet on it flying this far. Another we shall see.

Other bits of life? Unbloggable really. Yes, there are some interesting things happening in my life... but they are not for here. Sorry about that. Just the way it is. Like I said, sometimes actual life gets in the way of blogging about life.

Enough of a me-update. Perhaps this weekend I'll have something deep and heartfelt to say. On the other hand, I may just lay in the hot tub till I'm a prune.

Ya'll be nice to one another, Ch'eer?

The axis II disorders are fertile ground, and so much more common.

I understand a truly interesting case study ids going to be addressing all students next week...

My wife won't be starting class until later in September. She teaches night classes at a local seminary. When that starts, I'll have a "boys night out." Only problem, I'll have to think of sumpin to do!

"It would seem that you have no useful skill or talent whatsoever," he said. "Have you thought of going into teaching?"

That's MY job around here 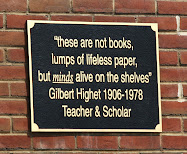 -- (Terry Pratchett, The Colour of Magic) 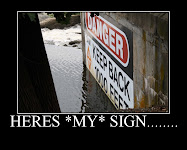 On nights such as these the gods, as has already been pointed out, play games other than chess with the fates of mortals and the thrones of kings. It is important to remember that they always cheat, right up to the end...

With very few exceptions, the photos on this blog are mine. If one strikes you, feel free to take it for your own enjoyment. But, please do not take any for publishing elsewhere without asking. 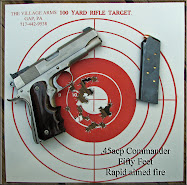 It's a right, and a duty